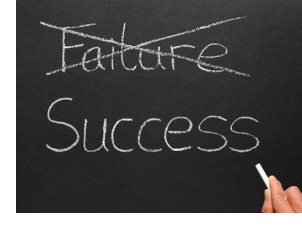 Years ago, I used to have a dish of ice cream almost every night and often with chocolate syrup.  I rationalized that since it was of the ‘lite’ variety it was okay.  But, when I combined that with some other eating and drinking habits in the evening, I eventually ballooned to a 38” waist.  Research shows that it takes only three or four weeks for an activity to become a habit, and I had been doing this for a few years.

Not a person who reads this is completely free from bad habits.  It’s the price we pay for being human.  Let’s focus on five suggestions that will help you overcome your bad habits.

Stop Rationalizing: Don’t make comments like: “Oh, that’s just me. I’ve always been like that.”  Rationalizing like that is simply disobedience and encourages you to diminish being convicted to change.

Apply A Strategy and A Tactic: Approach your target with a rifle, not a shot gun.  Take on one habit at a time, not all of them at once.

Be Realistic: You didn’t develop a bad habit overnight and it won’t go away overnight.  It won’t be easy and your resolve be permanent won’t happen overnight.  Occasional stumbles are still better than habitual slavery.

Be Encouraged: Understand you’re on the road to ultimate triumph and maybe for the first time in years!  Remember the difference in ‘try’ and ‘triumph’ is a little “umph”.  Self-control prompts an attitude of stick-to-it-iveness.

Start Today: To put it off is an admission of defeat and will only intensify and prolong the self-control battle.

One Day At A Time, Attack One Bad Habit At A Time.