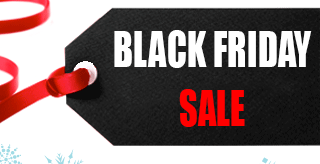 Avoid The Shame Of Losing and Be A Winner Year Round

Remember the advocates of state sponsored lottery?  They promised huge amounts of revenue from ticket sales would fund public school systems and support other ‘worthwhile’ services (except gambling addiction).  Who wouldn’t want to bail-out underfunded schools for our children?  Although in every state, except Nevada and possibly New Jersey, (no discredit intended) there is typically a strong percentage of those against gambling in any form.  But almost always lose to the average person’s overriding desire to ‘get rich quick’.  And don’t forget the money for the kiddos.

On a very personal side-note; I have just this week learned that, when a person wants what they want…

– even God Himself will not be listened to.

Well, ask any teacher, school administrator, school board member and most parents of public school kids and they will tell you that their school is still underfunded.  This is in spite of the hundreds of millions spent on new stadiums and a plethora of other non-direct book-learning wants.  So, the above mentioned and politicians demand that even more money be raised, through more taxation to fund public education.

Now, I am not against the rare purchase of a ticket for fun, but to spend several dollars a week on actually trying to win or worse yet, having all hope in winning, is not understanding the odds at best and placing your heart’s desire on success through gambling, or worst.

According to research, lottery players buy an average of 3.6 tickets-each week and / or spend 9% of their annual income on the lottery, and believe me, it ain’t about supporting public education.

This country has literally thrown boat loads of cash at the school systems and the kids reading and writing skills are below grade level.  Have you seen the average job application or resume lately?  They still can’t read or write, except in 140 abbreviated characters.  Math and science; are you aware of where the U.S. ranks in the world?

Statistically, the average person buying a lottery ticket is in the lower half of the education and income rankings.  About 95% of lottery winners are dead broke or worse approximately five years after winning their prize.

And now ‘Black Friday’ – which is another lottery of sorts.  The desire to win or purchase a particular holiday gift seems to outweigh basic horse sense.  However, as I mentioned above, like many aspects in life; to gain what we want, the heck with what’s right, I don’t give a damn, I want what I want and will have it not matter what or who it hurts.

I just heard on the news last night about people being literally camped out, in tents, in front of a store since Tuesday.  Today’s news reports revealed shoppers getting into fights, being arrested, shootings and more.  Do these folks have a life outside of or a more meaningful life this time of year, or do they live for Black Friday?

Do they fear their own children and / or other gift recipient so much that they will go to a store at mid-night, elbow to elbow and fight for the latest electronic evil-spirit-nemesis game, U-Pad in various sizes, Baby-doll who disrespectfully talks back to dad or other must haves, just to avoid the shame of not fulfilling a gift list?  And, shop not just on Black Friday, but the entire weekend and beyond.  Oh, were this same effort be put forth year round for something of real value, like enhancing one’s marriage relationship, improving communication with a son or daughter, parent and so on?

Is it possible the same people who buy lottery tickets, are also camped under the stars for the chance to buy success in the eyes of others?

It has been said; achievers in life have big libraries, others have big T.V.s.